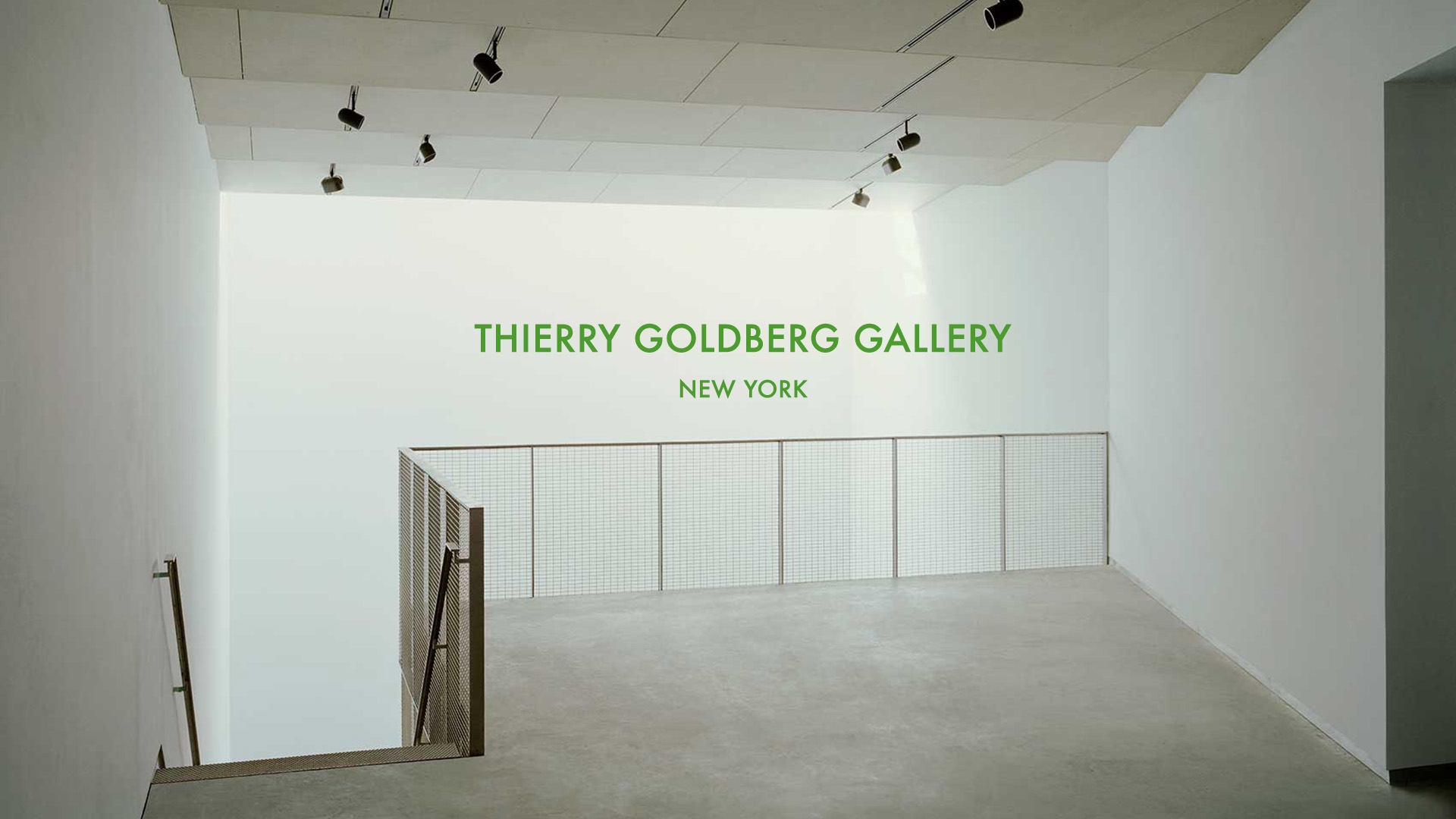 Thierry Goldberg Gallery is pleased to take part in the Dallas Art Fair Online with recent works by Marco P. Lorenzetti, Isaac Mann, and Bony Ramirez. The online fair opens on Tuesday, April 15th, at 10am CST and will run until April 23rd.

Depicted in various states of repose, the figures in the paintings of Marco P. Lorenzetti congregate, mingle, lounge, and aimlessly proceed through the motions of social rituals. Lorenzetti’s loosely rendered people seem to exist in states of idle excess, smoking hash and enjoying sumptuous spreads in “the picnic (secret’s between us)” or parading along to musical accompaniment in “Procession”. Identity and genderless, they operate as anonymous stand-ins for members of contemporary society.

Marco P. Lorenzetti (b. 1992, Chicago, IL) lives and works in Brooklyn, NY. He holds an MFA from Pratt Institute, Brooklyn, NY and a BFA from the University of Michigan in Ann Arbor, MI. His first solo show with the gallery was in February. Lorenzetti’s work was also included in Night & Day at Thierry Goldberg, and in group shows at The Willumsens Museum, Frederkssund, Denmark; The Hole Gallery, New York, NY; and Steuben Gallery, Brooklyn, NY.

Interested in correct versus incorrect binaries, with regards to both visual composition and subject matter, Isaac Mann toys with convention in his paintings, creating chaotic and surreal scenes of intertwined figures engaged in kooky and kinky behavior. Motives and identities are masked or as of yet not ascertained, and the zanily orchestrated scenes, pulled from memory and fantasy—though are the two altogether that different?

Isaac Mann (b. 1986, Saint Paul, MN) lives and works in Brooklyn, New York. He holds an MFA from The New York Academy of Art and a BFA from The University of Wisconsin-Madison. Mann’s first solo show with the gallery was in November 2019. He has also appeared in group exhibitions at Thierry Goldberg Gallery (New York, NY), 195 Chrystie Street (New York, NY), Casa Equis Gallery (Mexico City, MX), and The Dayuntang Art Museum (Beijing, CN).

Born in a small town in the Dominican Republic, before moving to the States as an early teen, Bony Ramirez retains a connection to his Dominican heritage through his art, incorporating elements of the Caribbean with his distinctive figures and details. It was during his early education in the Dominican Republic that the artist was first exposed to local iconography, with the easily identifiable symbols and motifs still making appearances in his current work, acting as a common visual language across cultures.

Bony Ramirez (b. 1996, Tenares, Salcedo, Dominican Republic) lives and works in Perth Amboy, NJ. His first solo show is currently on view on the gallery’s website. His work has also been featured in exhibitions at Rutgers University, New Brunswick, NJ; Hudson Valley Museum of Contemporary Art, Peekskill, NY; the Perth Amboy Center for the Arts, Perth Amboy, NJ; and the Shiman Art Gallery, Newark, NJ; including a solo exhibition at the Perth Amboy Center for the Arts.

For more information please email the gallery at info@thierrygoldberg.com 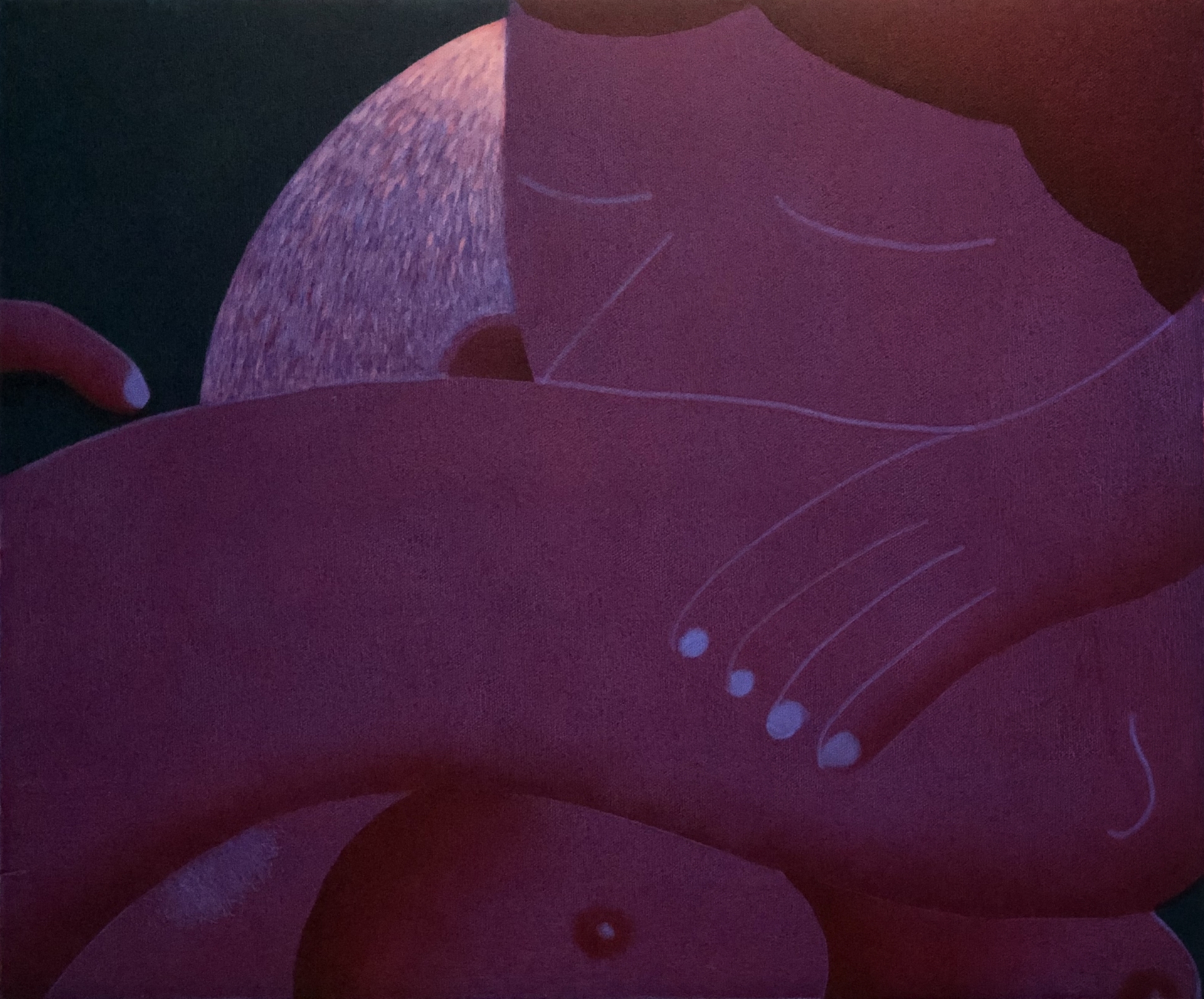 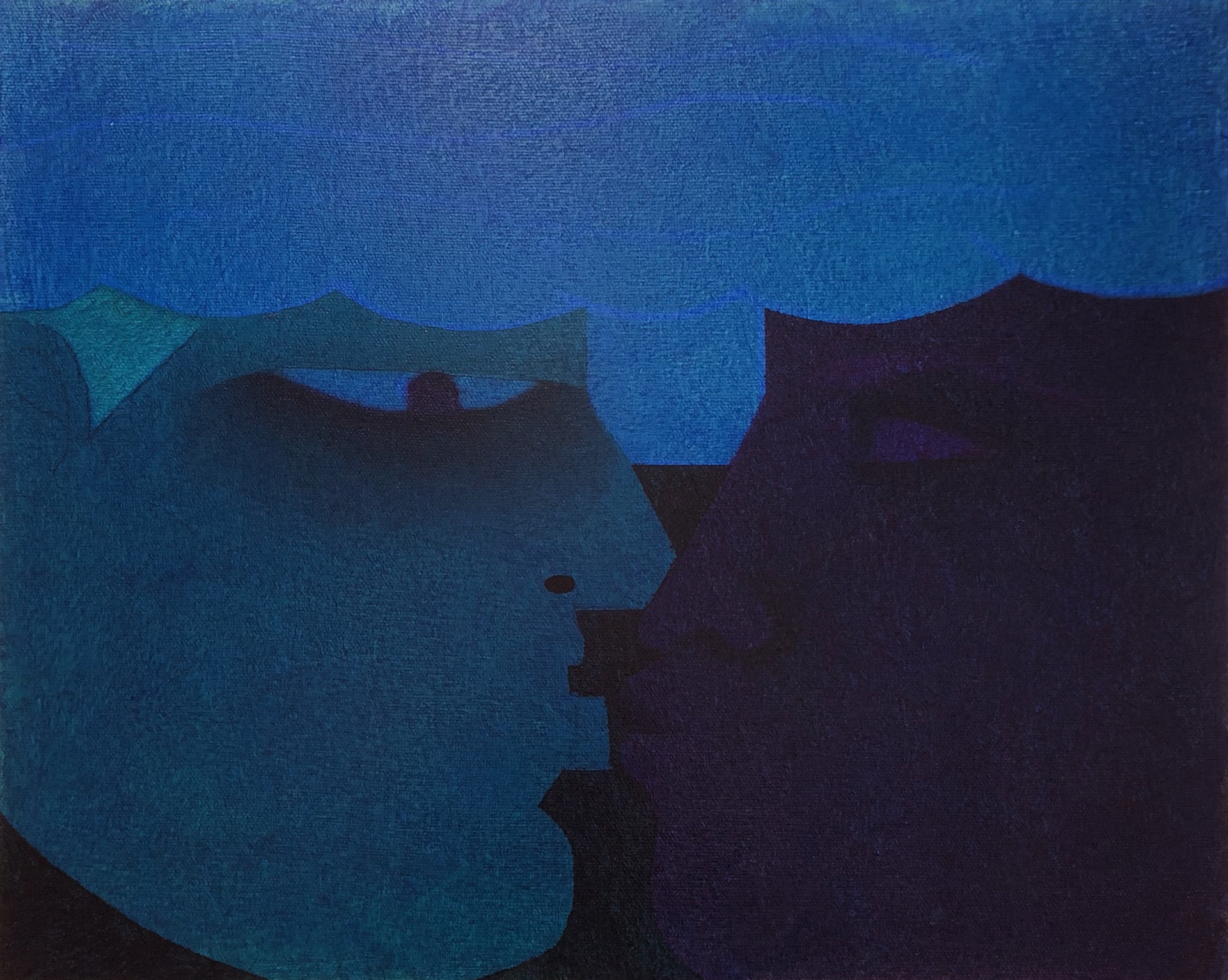 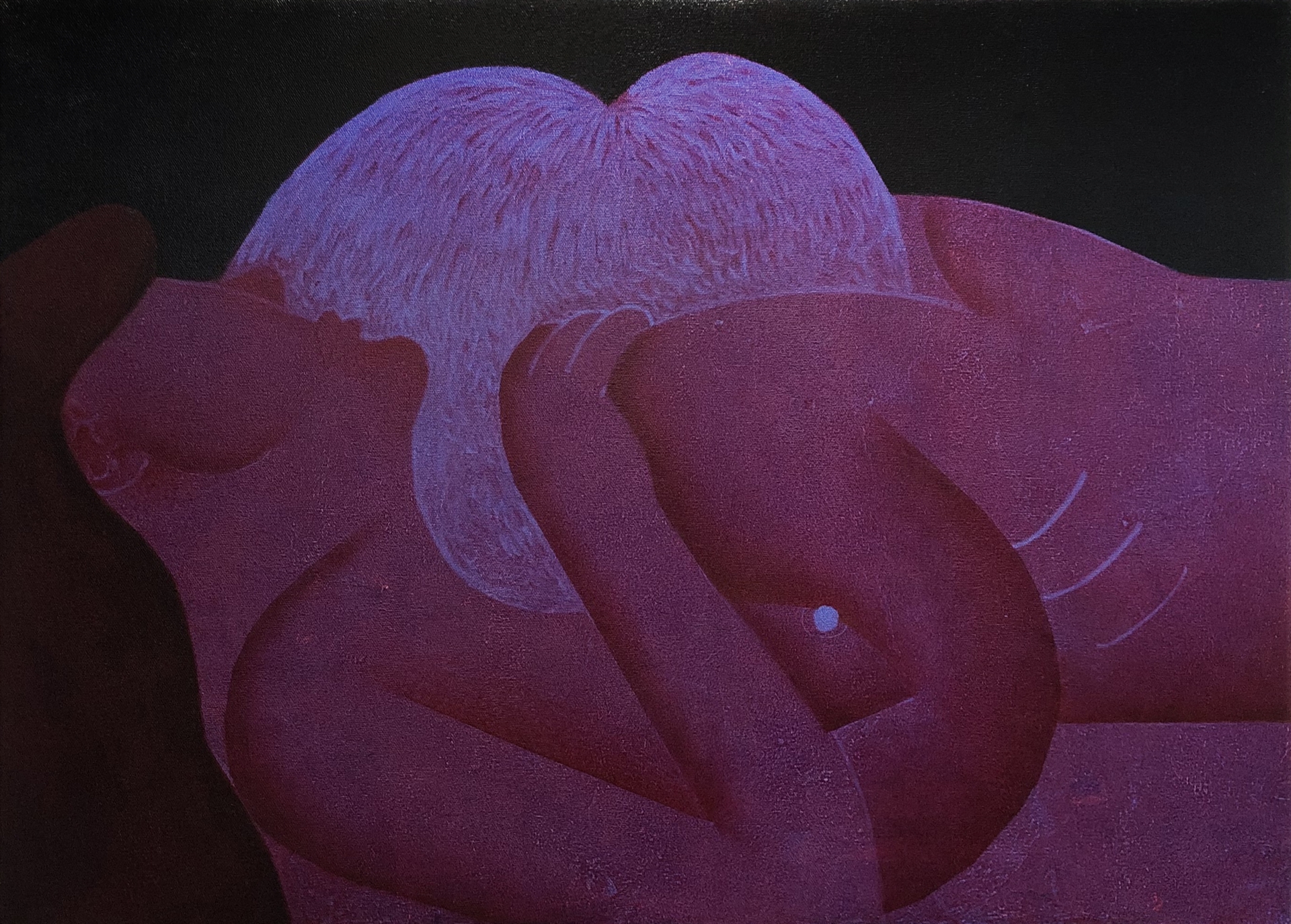 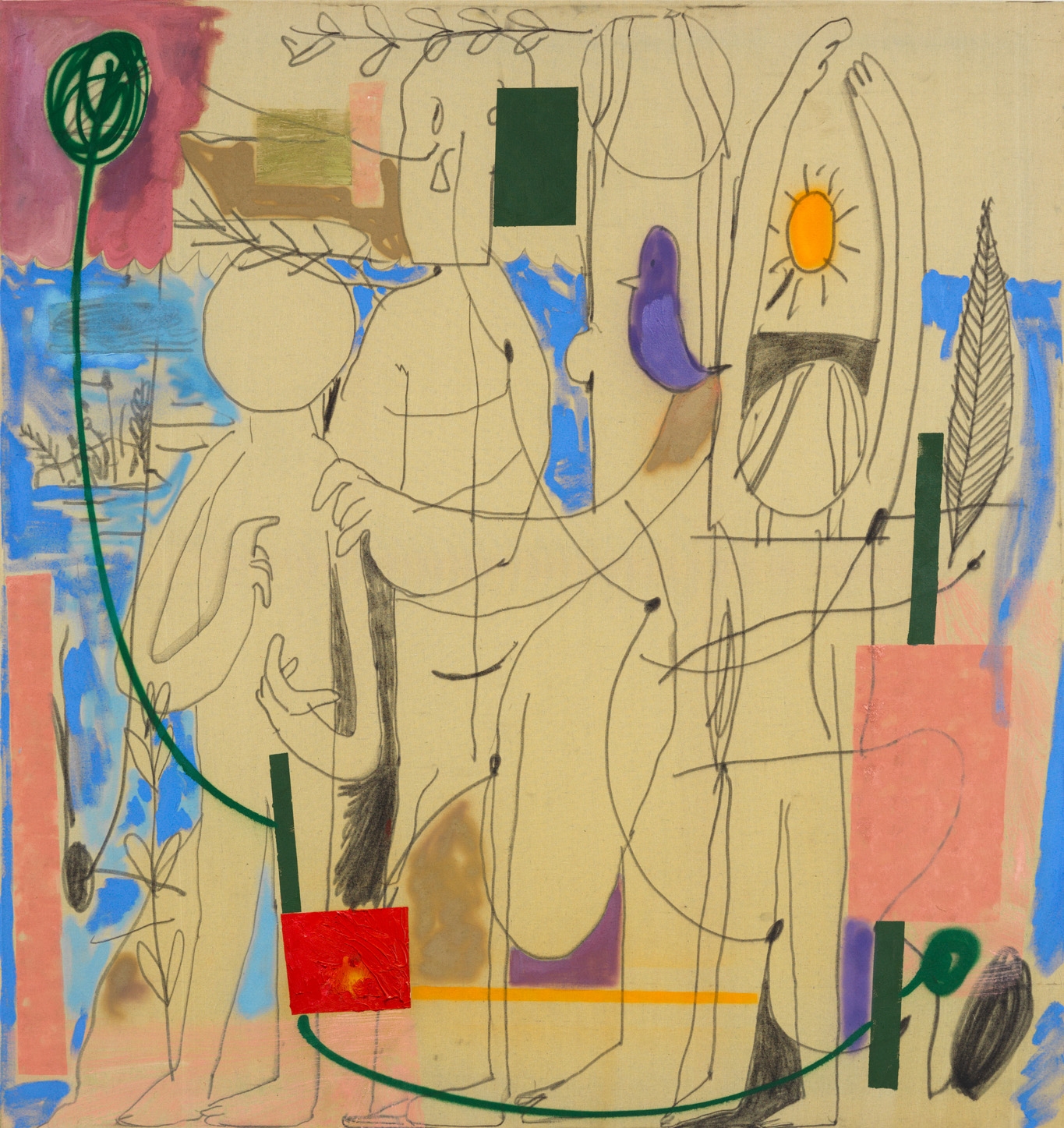 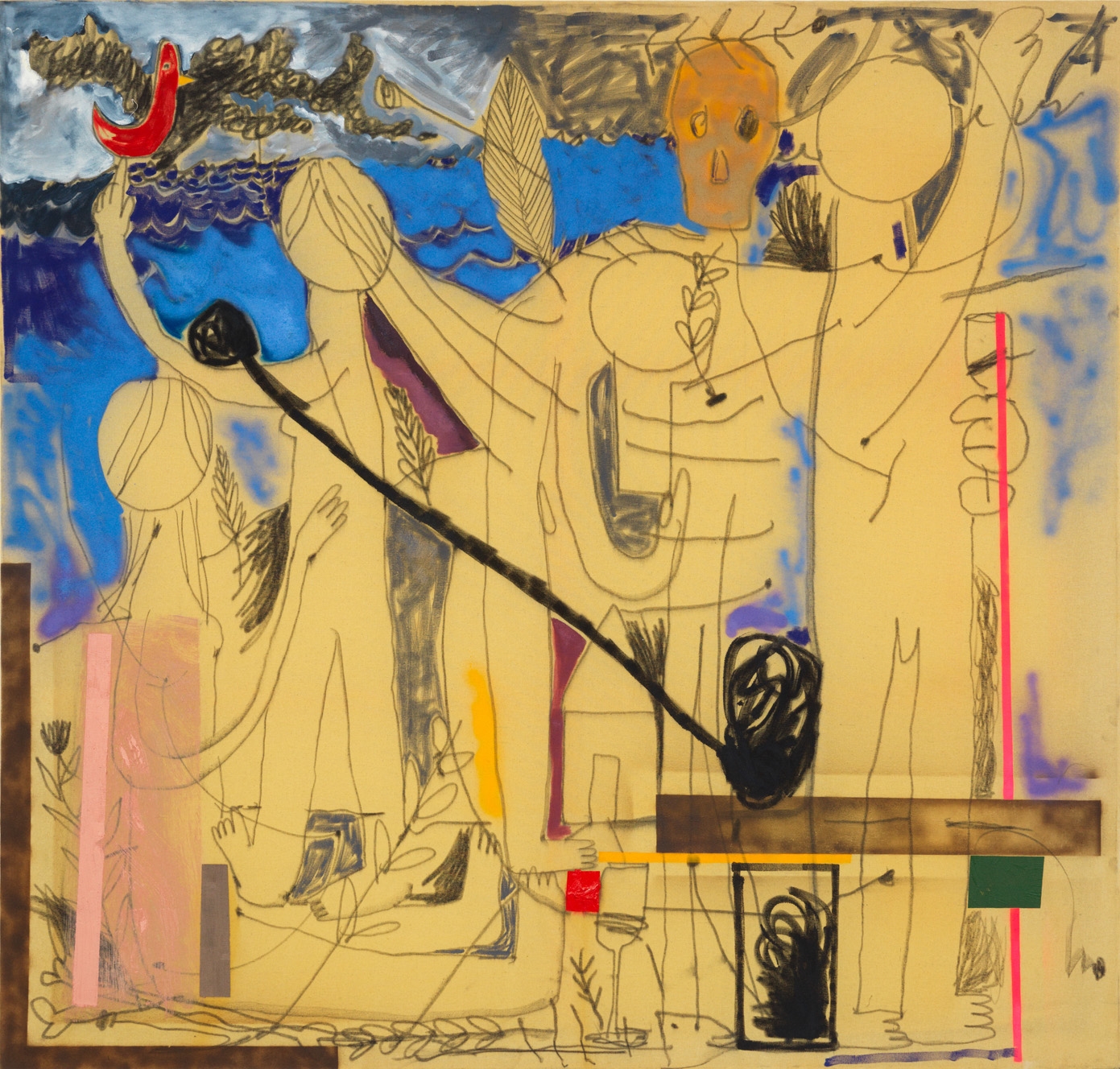 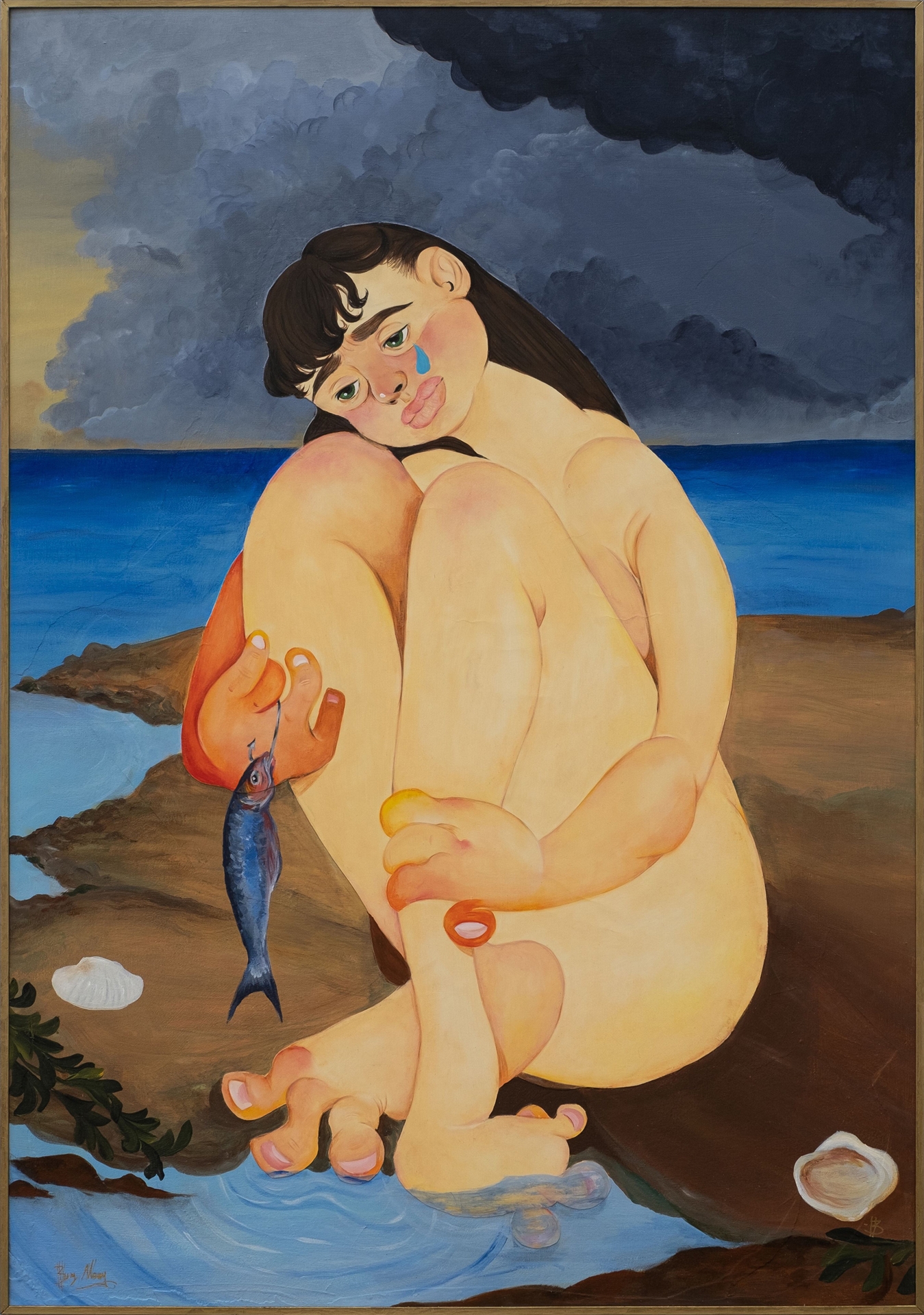 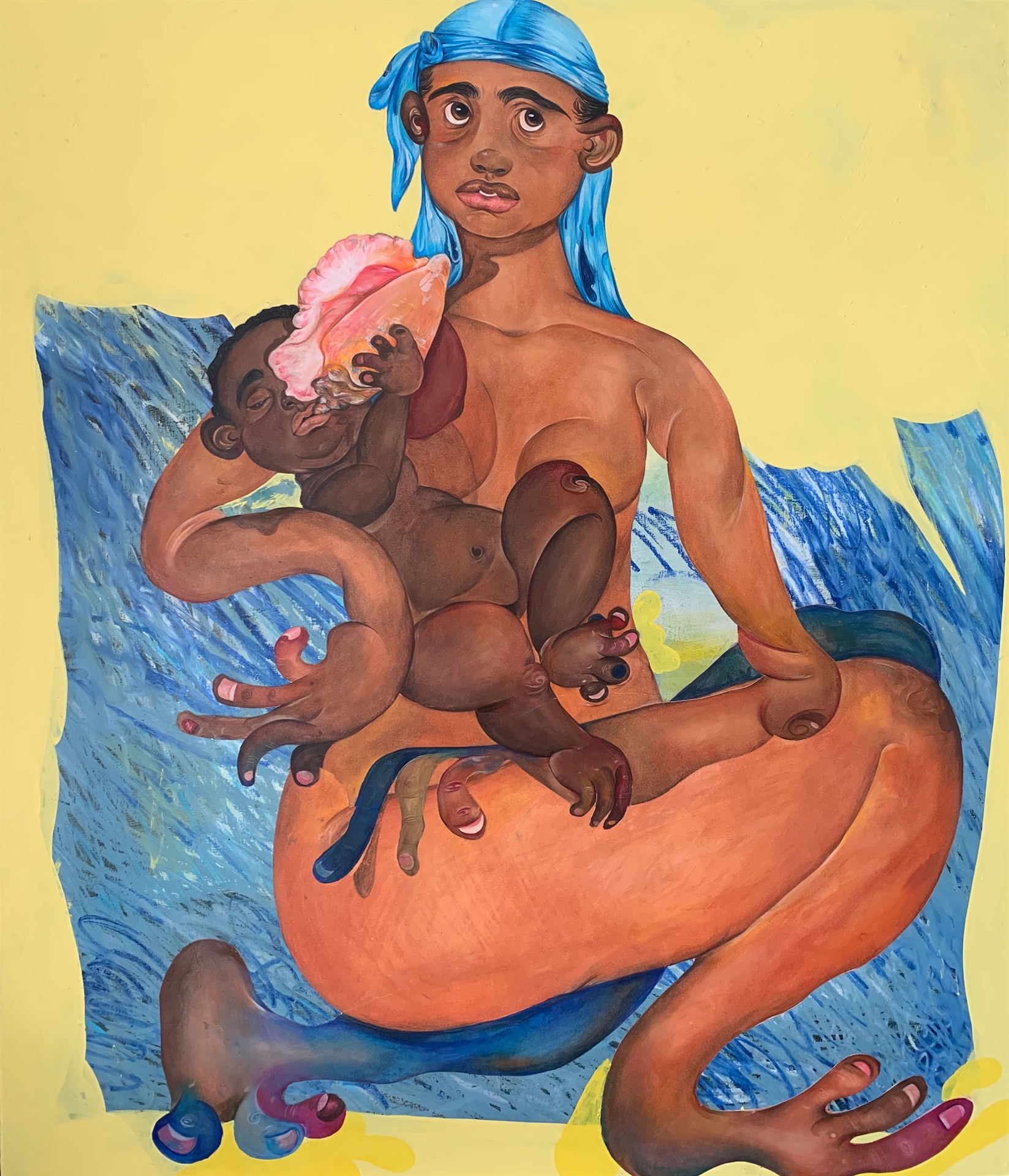 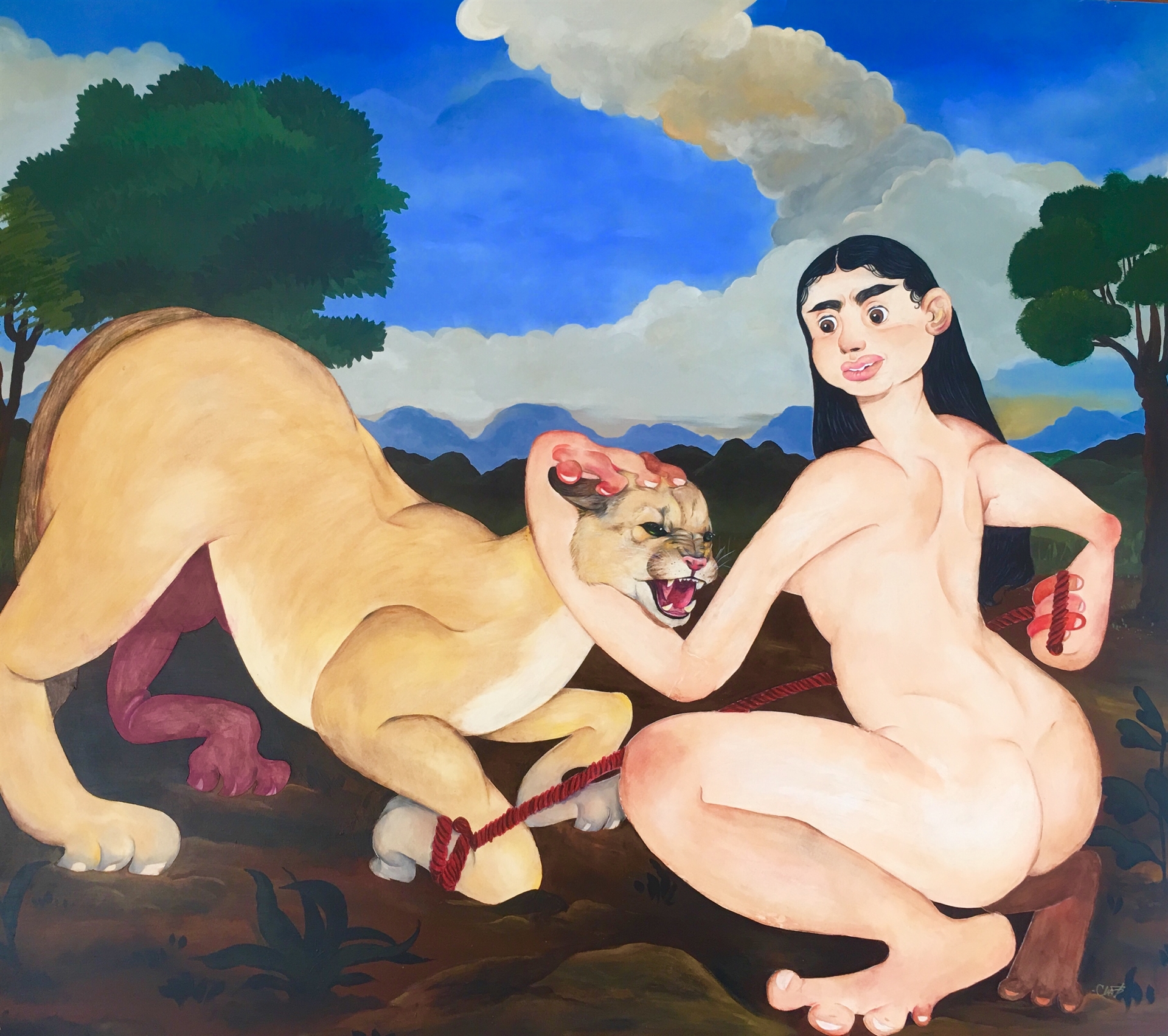 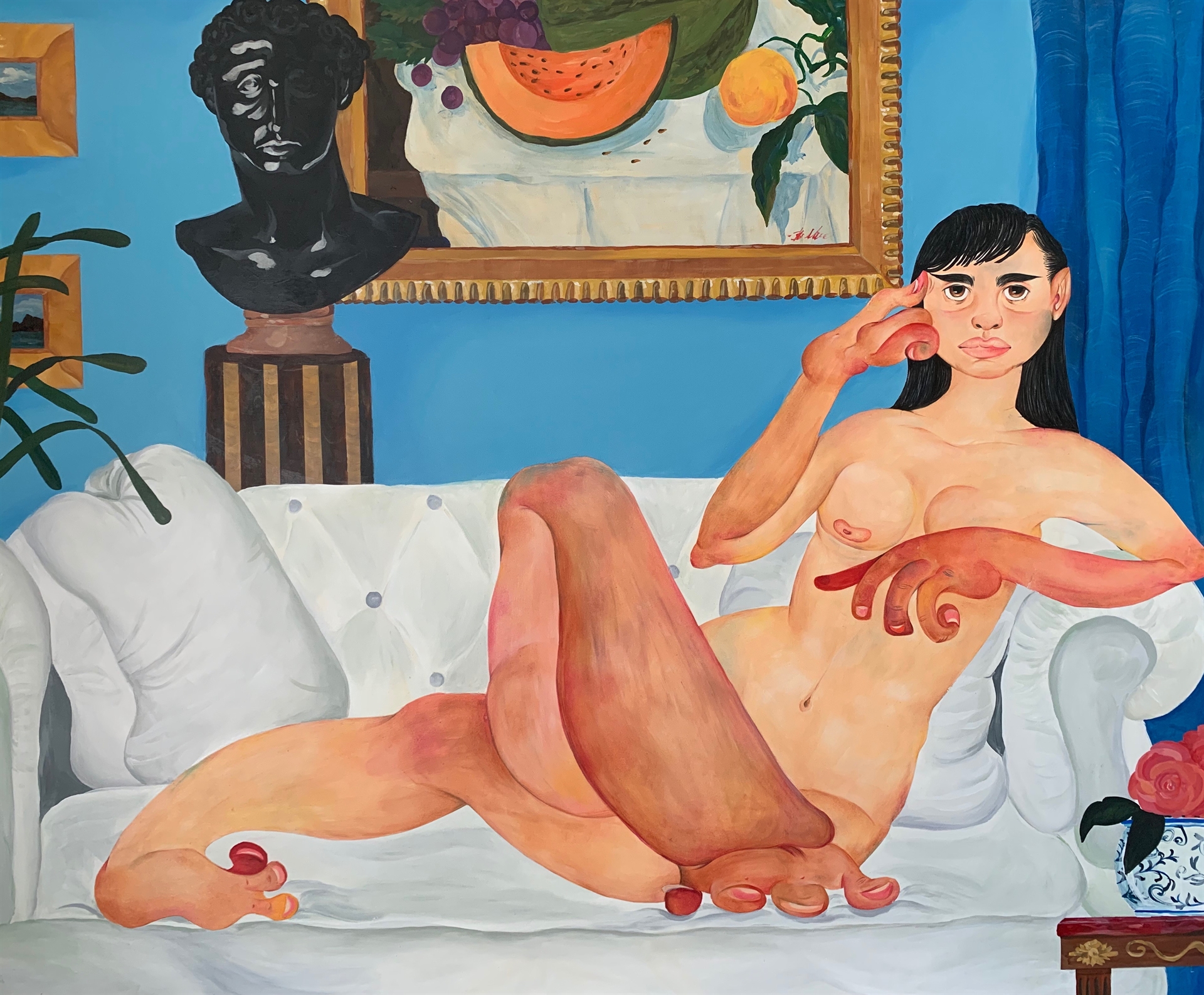