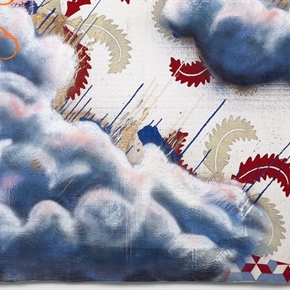 This program was “…devised to foster a relationship between the Museum, the Fair, and its global roster of participating galleries and artists, as well as strengthen and deepen the Fair’s roots in Dallas year round.” This is the Dallas Art Fair’s 10th anniversary, and each year it takes place in a building next door to the DMA. This year, the DMA’s director Agustín Arteaga and its associate curator of contemporary art, Anna Katherine Brodbeck, advised the group.