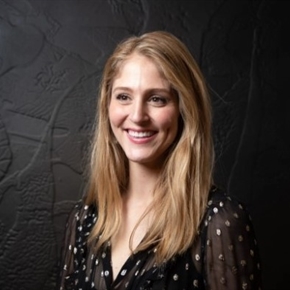 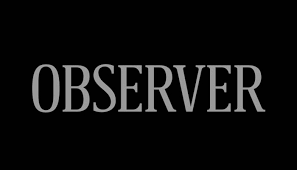 The Dallas Art Fair, and the Dallas art ecosystem in general, have been fascinating to watch evolve over the years. There’s perhaps no one better in tune with the intricacies of this evolution than Kelly Cornell, Dallas native and the director of the Dallas Art Fair. When Cornell last spoke with Observer in November, the fair was in the midst of bouncing back from pandemic restrictions and cancellations with a robust outing: attendees were enjoying a series made entirely in Microsoft Word by the artist Shaheer Zazai, presentations from new Dallas galleries like P.A.O. Projects and the camaraderie of a much longed-for in-person event.

In April, from the 21 to the 24, the Dallas Art Fair will be back for another round, this time restored to its full size. Nearly 100 galleries will be exhibiting, from local spots to more well-known names like Perrotin, Kasmin, and Night Gallery; the Dallas Museum of Art will also debut Spirit Lodge: Mississippian Art from Spiro, a major exhibition dedicated to the art and culture of Mississipian peoples, which will coincide with Dallas Art Month. Observer caught up with Cornell this week to talk Dallas, the return of art fairs and the unique hospitality of Texas collectors.

Observer: It’s the best that you guys are coming back in April with things in full swing!

Kelly Cornell: Yes, this will be the full fair. We’re sold out utilizing the full space this year. We’re excited about that. Some of our galleries are taking bigger spaces — and we’ve combined some spaces. In the past, we had a lot more gallery-sharing, but it’s nice to see people investing in larger ways in our fair, with bigger booths and stuff like that. It’s encouraging to me. In November, we didn’t utilize a whole floor plan.  We closed off a section of it downstairs. So, it was kind of half-and-half; upstairs and downstairs. This year, for April, we are going back to using the entire space, which is about 75,000 square feet.

Are there any particular exhibitions or galleries coming that you’re excited about? Some new faces?

Yeah, I’m excited to have a lot of the European galleries back. I’m really excited that Cristina Grajales Gallery is joining us for the first time this year. We tried to bring in some more design galleries, and I think she is such an exciting addition for us. We have Galería CURRO. We’re having quite a few more Mexican galleries than we’ve had in the past. We’ve been working to really increase our Mexican presence over the past couple years, and it’s really starting to show. We’re excited about that. There’s such a natural relationship between Texas and Mexico. It’s really nice to see that coming through.

Last time we spoke in November, you shared this great anecdote: as a Dallas native yourself, one of the biggest indications of a new flood of art enthusiasts coming to the city was the fact that you can never get a reservation at a restaurant anymore.

Between then and now, what other indications have you seen that Dallas is growing as an art hub?

We’re having new galleries and new family foundations open here in Dallas. You have the Green Family Foundation, they’re about to have permanent space. They currently have the show up in the Dallas Art Fair project space. I think having these new family foundations opened up and opened up with exhibition space — and they have pretty ambitious plans — is really exciting. Keijsers Koning, who is a New York transplant, opened a space in the Design District in Dallas this past weekend. And Various Small Fires is coming. So, I think we’re just seeing full time growth in the arts in Dallas. But we’re also seeing more and more collectors coming out to all these events that are happening. I feel like every time I go somewhere, someone’s introducing me to someone who’s just moved here and trying to find their feet and find their people here.

Any overarching themes that you’re seeing for April?

There is definitely a focus on featuring Black artists. There are a number of female group shows we’re seeing being presented. There are some really exciting artists. Evita Tezeno is showing with Luis De Jesus, and she’s actually from Dallas. Her work is incredible. And she’s really just getting the recognition that she deserves. So, we’re excited. And excited how her work hasn’t really been shown in Dallas before. So, I’m excited for an LA based gallery to show the work to an audience in Dallas. That’s what’s so interesting about our fair: there’s always such a diverse offering.

Plus, the hospitality of collectors in Dallas is really just unmatched. People are so nice, and they are so down to just have you over and have you check out what they’ve collected and just show you around. People are like, showing me their children’s bedrooms. And I’m like, this is awesome — you didn’t have to do this!

Yes. And somehow, it isn’t showy. It’s like hitting that balance between being welcoming and almost educational.