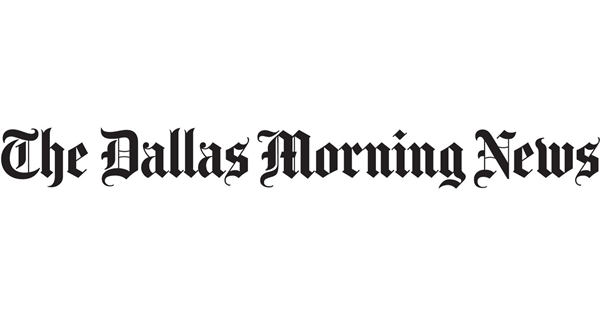 By Wednesday at 5 p.m., Erin Cluley was in her namesake Dallas gallery, standing with artist Nic Nicosia, surrounded by his latest sculptures and photographs. Hours before, she had put the finishing touches on a booth at the Dallas Art Fair, and days earlier she’d installed a show at her West Dallas satellite location, Cluley Projects. The week was just beginning.

For gallerists like Cluley, the Dallas Art Fair is one of the busiest weeks of the year. The event, usually held in April, attracts artists, curators, writers and collectors from around the globe for networking, press and — exhibitors hope — acquisitions. But everything is a little different this year. For one thing, it’s happening in November. For another, visitors have to show their vaccine record, along with their ticket.

The main trappings of the fair are the same. Fashion Industry Gallery, better known as FIG, feels packed with just 59 booths. But that’s because an entire downstairs wing that would typically house about another two dozen galleries is closed, a sign of several speed bumps the fair has encountered since the pandemic. This year’s art fair comes on the heels of a 2020 cancellation, a virtual substitute and controversy over reimbursements for galleries that had paid to exhibit at the canceled 2020 iteration. (Instead of cash refunds, the fair offered “credits” galleries could use toward future editions.)

For its in-person return, the fair was pushed back from the spring to give vaccines more time to slow the spread of COVID-19, making crowds andinternational travel easier to navigate. After this year’s scaled-back event, the 2022 fair will return to its regular month of April, and organizers hope the number of galleries will be closer to 100.

As ever, it’s worth the price of admission to scope out hundreds of artworks, nearly all of them contemporary, in one afternoon. In a quick lap around the building, visitors will come across a new work by the British painter Neil Raitt at Anat Ebgi, a Los Angeles gallery; a large scale Ayanah Moor painting, resting atop two leather pillows at Ruschman, a Chicago gallery; and a series of works made entirely in Microsoft Word by Shaheer Zazai at Patel Brown, a Toronto gallery. You’ll never look at a .docx the same way again.

But most of the work you’ll see is from regional and local galleries. Roughly a quarter of the galleries are from Texas, including, oddly, Sputnik Modern, a Design District showroom that bills itself as a furniture store specializing in mid-century modern restorations. The fair organizersmust not have had the luxury to be too picky this year.

Avid Dallas art enthusiasts can hit the highlights of the local scene. On the first floor you’ll find one of the city’s newest galleries, P.A.O. Projects, a few doors down from mainstay Conduit Gallery. Upstairs, the Fagadau sisters have programmed a series of seven female artists in their booth for 12.26, including work by Aglaé Bassens, who has a solo exhibition currently on display at the gallery. Other can’t miss works include an installation by Simón Vega at Liliana Bloch Gallery’s space and two particularly whimsical sculptures by Clint Bargers at Olivier François Galerie (call it “OFG” to fit in with the cool kids).

Another way to tour the art fair is to look for the pieces acquired by the Dallas Museum of Art this week. For the fifth year, the Dallas Art Fair Foundation Acquisition Program funded the purchase of works for the DMA’s permanent collection. This year’s picks were works by Sarah Cain, Danielle McKinney, Susan Weil, Johnny Floyd, Jordan Nassar and Carrie Yamaoka from the galleries Broadway, Night, JDJ, Conduit, Anat Egbi and Ulterior, respectively.

It wouldn’t be art fair week with out a series of auxiliary programs, some planned by the fair and others popping up to coincide. At Klyde Warren Park, there is an immersive art piece by the artist known as Swoon. The House Our Families Built is an intricate, large-scale collage sculpture on display through Nov. 21. Exposition Park art space The Power Station has open hours from 12-5 p.m. Saturday for its exhibition of work by Paulo Nimer Pjota, and from 11a.m.-6 p.m. Sunday, visitors can visit the Green Family Art Foundation exhibit “Black Bodies, White Spaces: Invisibility & Hypervisibility.”

Perhaps the main difference between this year’s fair and others is that come April it’ll already be happening again. Cluley says she still won’t miss it.