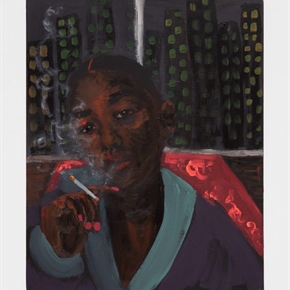 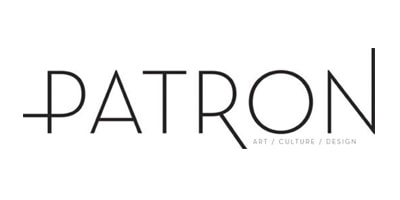 “It always excites me seeing our exhibitor’s work become part of the DMA’s shows; at the last fair the museum acquired Sheila Hicks’ piece that became one of the starring works in its Hicks’ exhibition later that year,” enthuses Kelly Cornell Dallas Art Fair Director.

“Our relationship with the Dallas Art Fair is exciting, and we are so grateful for the fair’s continued support of the Museum. Every year, the Dallas Art Fair presents works by some of the most promising young artists and well-established names, reflecting the depth and richness of our city’s artistic community. We are honored to be the recipient of the Dallas Art Fair Foundation Acquisition Program and the wonderful opportunity to grow our collection,” says DMA Director Dr. Agustín Arteaga.

“The works we have chosen from this year’s Dallas Art Fair demonstrate the DMA’s commitment to artists at all stages of their careers—from Johnny Floyd who began painting three years ago, to Susan Weil whose distinguished career spans over seventy years. A great number of works address the historical exclusion of female artists and perspectives, such as the arresting female gaze in Danielle McKinney’s contemplative self-portrait. Others, like the new works by Sarah Cain, Jordan Nassar, and Carrie Yamaoka, ingeniously blur the distinctions between fine art and craft, visibility and invisibility, and the nation and home to reassess the categories of nationality, race, gender, and medium. We are thrilled how these artists boldly engaging in abstraction, minimalism and figuration will broaden and deepen the stories we can present at the DMA,” says Dr. Vivian Li.

Here’s a look at what they picked:

Johnny Floyd, Upon Reflection, I am Aphrodite’s Pearls Strung Across the Filament, 2021, oil, acrylic and gold leaf on canvas 24 x 36. In. Acquired from Conduit Gallery, Dallas.

Johnny Floyd (b. 1984) is a self-taught painter working in Detroit, Michigan. He started painting when it became clear that creating was the only thing that made sense. Building on a foundational academic infrastructure based in Psychology and Sociolinguistics, Floyd’s work examines the African American experience through an interrogation of both historical and current cultural phenomena while simultaneously imagining a future in which Blackness in The United States of America is a sustainable condition. Through the melding of figurative, surrealistic, and abstracted practices, Floyd employs a broad artistic lens that coalesces into a visual language better suited to articulate this future. His practice is a process-driven meditation on an amalgamation of classical mythologies, ancestral connection, modern Black cultural artifacts, and historical record. Floyd addresses these themes through an improvisational approach to traditional art techniques and methodologies–a process that allows him to produce works that adhere to a specific thematic/narrative arc while remaining uniquely responsive to the environment(s) in which he is creating. He strives to allow his practice to be one of resistance, recovery, and reparation. Conduit Gallery presented Johnny Floyd’s first solo gallery exhibition, October 9 through November 13, 2021. His work was also donated to the 2021 TWO x TWO for AIDS and Art Auction where it received great recognition creating a bidding war.

Jordan Nassar, A sun in the room, 2021, hand-embroidered cotton on cotton, 27 x 29 in. Acquired from Anat Ebgi, Los Angeles.

Susan Weil (b. 1930) draws inspiration from nature, literature, art history, and her own lived experience. Weil came of age as an artist in the postwar period studying under Josef Albers at Black Mountain College with Willem & Elaine de Kooning, Jasper Johns, Robert Rauschenberg & Cy Twombly. Three bodies of work art on view in this presentation: the spray paint drawings and screenprints from the early 1970s, the soft fold paintings from the 1980s & 1990S, and the configurations from the 2000s. Even though the works have been made in a time span of nearly four decades, they all articulate a sense of corporeality though her inventive use of abstraction.  Her work has been exhibited at institutions across the United States and Europe, including the Hammer Museum, Los Angeles; the Institute of Contemporary Art, Boston; Black Mountain College Museum + Art Center, Asheville, NC; and the Museo Reina Sofa, Madrid. Her work is included in a number of international museum and institutional collections, such as The Metropolitan Museum of Art, New York; The Museum of Modern Art, New York; The Menil Collection, Houston; The J. Paul Getty Museum, Los Angeles, and The Victoria and Albert Museum, London; and Moderna Museet, Stockholm among others. She will open a solo exhibition in 2022 at JDJ the Ice House, Garrison, NY. She lives and works in New York.

Carrie Yamaoka (b.1957, Glen Cove, NY) has exhibited her work widely in the US and Europe since the 1980s. Yamaoka has shown widely in the US and Europe since the 1990s. Her work is included in the collections of the Albright-Knox Art Gallery, Buffalo; Centre Pompidou, Paris; The Victoria & Albert Museum, London; and the Art Institute, Chicago. Yamaoka received an Anonymous Was a Woman Award in 2017 and a John Simon Guggenheim Memorial Foundation Fellowship in 2019. Recent solo exhibitions include pour crawl peel at Commonwealth and Council, Los Angeles, California (2020), Panorama at Ulterior (2019) and Lucien Terras, New York, NY (2015). Her work was featured in arms ache avid aeon: Nancy Brooks Brody / Joy Episalla / Zoe Leonard / Carrie Yamaoka: fierce pussy amplified at Beeler Gallery, Columbus College of Art & Design, Ohio, and included in exhibitions at the ICA in Philadelphia (2018–2019) and the Centre Pompidou, Paris (2020). She is also a founding member of the queer art collective fierce pussy.