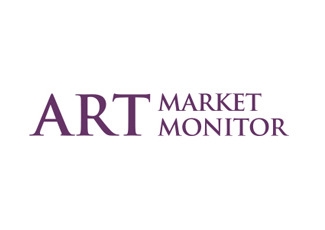 On Tuesday, the Dallas Art Fair presented its first edition of online viewing for a total of 84 exhibitors from Texas and elsewhere. As an attempt to remediate the impact of the coronavirus pandemic, the digital platform serves as an opportunity for potential buyers to preview the works available among the fair’s numerous dealers, before the live fair’s twelfth edition, which has been shifted to October 1-4, 2020.

Historically held at Dallas’s Fashion Industry Gallery, the regional fair has served as a site for local galleries to connect with top collectors, the new digital segment is a major change for the fast-expanding Dallas event.

As vendors shifts to virtual sales, the online edition allows U.S. dealers to take the temperature of the current market.

Kelly Cornell, the fair’s director, reflected the challenge of the shift to digital felt throughout the industry. “The online fair is new territory for us. It is something that we had been speaking about, but the coronavirus accelerated our actions in bringing this new platform forward.

This time period, however long or short, will have a lasting impact on how we collect.” Further acknowledging the shift to online space as a vital source of connection, Cornell noted “the digital space has been underutilized in the art market. I think it is an additional tool that can be used to garner interest and sales. Yet the live programming is surely missed among the fair’s administration and leading dealers. “I do not think that it can replace the physical experience of viewing art” Cornell added.

Bluechip heavyweights like Kasmin gallery and Perrotin were among the legacy participants, contending alongside a host of emerging online programs like New York’s Canada and Dallas’s 12.26. Absences among the fair’s inaugural online program of top names like Gagosian and Lehmann Maupin, who have shown at the fair in the past have their own robust online initiatives.

Early on in the opening day of the fair’s online segment, which continues through until April 23, sales trickled in. Works by emerging artists on the roster at New York’s The Hole were among those that sold quickly. The Hole’s director, Kathy Grayson lead a clever initiative, building a mock booth in its downtown Bowery space – mixing curatorial wit with a nod to remote simulation throughout the primary market during global Covid-19 closures.

Grayson confirmed the curatorial impetus around building the booth was to stand out among a vast pool of digital initiatives. “Emerging art has razor-thin profit margins” Grayson noted, who sees the booth as a means not only to stay afloat amid New York’s colossal overhead, but as a way to keep the morale up among her roster of newcomers. Grayson and her director, Ray Bulman’s idea for the booth was a way of acknowledging what goes missing in virtual sale rooms, noting “while our clients are pretty savvy about buying art online, one of the most important aspects of the artwork that is hard to get across is scale. Seeing the artworks in a physical booth installed is a huge plus for them.”

Grayson confirmed an impressive lift by the Dallas Fair in collating the digital platform and a wide response among its client base for its booth project. Seeing an excess of thirty inquiries from interested buyers on the first day of the preview, the Hole reported a number of sales on the first day including an Adam Parker Smith sculpture which sold early in the day for $30,000, a Morgan Blair acrylic and glass bead gel painting went for $15,000 and a Jonathan Chapline work on paper found a buyer at $12,000. The gallery also reported a host of remaining works by six of its up and coming artists sold for prices between $5,000-10,000, among which were two works on paper by Koichi Sato, who asked for his profits to be put towards coronavirus relief funding.

Max Levai, President of Marlborough gallery which has participated in the fair for a number of years echoed similar  nostalgia for the fair’s live programming. “We love, and definitely miss, being in a room with artworks and art-lovers and the excitement that generates” said Levai. Levai’s remarks recall the appeal of the Dallas Art Fair found largely in its casual atmosphere comparatively to the blockbuster art fairs that draw a highly competitive set of bluechip names.

Access to emerging artists and a tight network of main players in the region is where the fair offers the most opportunity. And despite the relative ease with which dealers can stabilize transactional flow online— not to mention  the logistical burden of year round fair attendance being removed, the task of which Grayson admits is “grueling”— gallerists are already longing for the high energy fair days that offer emerging artists a real chance to star.

“Virtual space poses the biggest problems for introducing new artists, or new bodies of work by more established ones, but we can deal fairly successfully with material that is better known or reasonably consistent with past exhibitions. Like everybody, we are eager to get back to the gallery and the fair when the time is right” said Levai.

Among the sector of emerging artist’s works, New York gallery, Karma offered a painting by Robert Duran for $150,000 and Thaddeus Mosley’s sculpture Opposing Parallels – Blues Up and Down for G. Ammons and S. Stitt from 2015 for $125,000. Half Gallery’s booth showcased works by emerging artists such as Peter Schuyff, and Hiejin Yoo at prices between $7,500 and $38,000.

Including Ted Pim’s Young and Numb oil painting from 2019, a contemporary take on old masters content was offered at $11,500. At Rachel Uffner Gallery devoted the booth’s preview to a selection of works by Anya Kielar and Bianca Beck priced between $2,500 and $48,000.

At James Cohan Gallery, Fred Tomasselli’s March 16, 2020 a collaged version of the New York times cover featuring the coronavirus impact headline “Feds Cut Rates to Near Zero; Virus Toll Soars” sold for $35,000. Another gouache newspaper collage of the artist’s was on offer for $25,000. Xu Chen’s impastoed red painting Under Heaven-2009GK0189 made to resemble cake icing carried a price tag of $42,000.

Thierry Goldberg Gallery presented recent works by Marco P. Lorenzetti, Isaac Mann, and Bony Ramire and sold six out of ten works on the opening day of the fair for prices under $10,000. A representative for the gallery said they’d just opened an online exhibition on the day prior on their main site for artist Bony Ramirez, confirming that the majority of his works sold before the Dallas online segment opened.

Texas gallery 12.26 sold three works by Dallas based artist Marjorie Norman Schwarz each for under $5,000. A representative from 12.26 noted the experience of the Dallas Art Fair’s online segment to be “incredibly user friendly and it has been easy to connect with clients. During this time of duress and uncertainty, we are grateful for the opportunity to engage with our community and the art world at large.”

Christiana Ine-Kimba Boyle, Director of New York gallery, Canada also reported several sales for their showing of emerging artist, with Joan Snyder‘s paint and floral work on canvas from 2018 finding a buyer for a sale price of $75,000. Another work by Katherine Bernhardt titled Phone Home from 2019 sold for $50,000.

“To take part in the fair online and join in virtually with conversations around the art we are seeing” was a priority for Johnson, noting “for us, it was really important to provide a platform for our artists during this time and continue to show up for our community.”