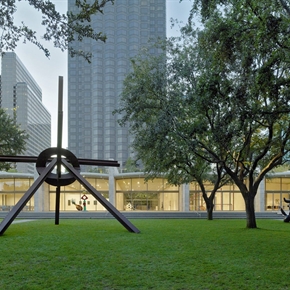 onsidered one of the leading boutique fairs in the country, the Dallas Art Fair draws an international crowd of art lovers seeking the best in modern and contemporary art. The 11th edition of the annual event, which runs from April 12 to 14 in the Dallas Arts District, with a VIP preview on April 11, brings together over 100 exhibitors, including first-timers Sadie Coles HQ (London), Moran Moran (Los Angeles), Lisson Gallery (London and New York), and Blain|Southern (London and Berlin).

In 2013, Mayor Mike Rawlings launched Dallas Arts Week, a schedule of art events and exhibitions that were planned to coincide with the fair. The cultural festivities have since grown into a full month of programming throughout April with exhibitions, panel discussions, and galas. Here, we round up some of our favorites that you can see while you’re in town for the fair. One of today’s most influential American painters, Jonas Wood is celebrated for his colorful scenes of daily life, capturing everything from plant-filled interiors and fire-engine red tennis courts. Wood’s first major solo museum retrospective features 33 works made across 13 years and includes a gallery devoted to his “Clippings” series, large paintings of individual plants that appear frequently in his depicted scenes, replete with wallpaper of painted tennis balls. The show is on view through July 14, 2019. Artist Emmanuel Van der Auwera’s first solo show in the United States marks another first: It’s the inaugural show within 214 Projects, the 2,500-square-foot exhibition and project space launched in March within River Bend, the new mixed-use cultural development in Dallas’s design District. Van der Auwera’s show is supported by the Belgian gallery Harlan Levey Projects, an exhibitor with the Dallas Art Fair since 2015. Throughout the year the Dallas Art Fair team will lead the programming of 214 Projects, allowing exhibitors at the fair the opportunity to engage more meaningfully with local collectors. While pioneering artist Sterling Ruby is highly regarded for using a wide variety of mediums, this exhibition is the first survey focusing exclusively on his sculpture, from his poured polyurethane works and his monumental glazed ceramic basins to his soft sculpture. Occupying nearly the entire museum, including the grounds, the more than two dozen works in the show were drawn from the artist’s studio as well as local collections. Catch it before it closes on April 21. Nobuo Sekine, Phase No. 10, 1968.Photo: Dallas Museum of Art and The Rachofsky Collection

A sprawling group show featuring more than 100 works by 61 artists, “Topologies” explores the ways in which the concept of space can be expanded, condensed, or distorted beyond recognition. Among the talents included in the show (which runs until April 13) are El Anatsui, Mel Bochner, Alighiero Boetti, Lucio Fontana, and Helen Frankenthaler. The Warehouse presents exhibitions organized with works from the Rachofsky collections. Egill Sæbjörnsson’s trolls, Ügh and Bõögâr, visiting “Treasures from the Wreck of the Unbelievable” for the Icelandic Pavilion at Biennale Arte 2017.Photo: Courtesy the artist and i8 gallery

Berlin-based conceptual artist Egill Sæbjörnsson made waves when he represented Iceland at the 57th Venice Biennale in 2017 with his installation “curated'” by a pair of fictional man-eating trolls (characters out of the artist’s imagination). Sæbjörnsson’s trippy creations reappear on April 10 when they will “interfere” with musicians from the Greater Dallas Youth Orchestra for two performances at 6 p.m. and 6:45 p.m. The layout of the “Self Service” lets you literally walk through Self Service magazine.Photo: Courtesy of Mathieu Boutang

A set of exhibitions open on April 13 at Dallas Contemporary spotlighting the fashion photography of Mario Sorrenti and Yelena Yemchuk. Sorrenti’s “Kate“ features 58 photographs and a previously unreleased film of supermodel Kate Moss, of whom he created some of the most memorable images. Yemchuk, whose lush paintings of nude women were talked about at Spring Break Art Show in March, here presents a series of life-size portraits of 40 women playing one of three fictional characters: Mabel, Betty, or Bette. Rochelle Goldberg’s “Born in a Beam of Light.”Photo: The Power Station/Courtesy of the artist

7. Rochelle Goldberg: Born in a Beam of Light The Power Station

Canadian-born artist Rochelle Goldberg, who recently spent time as an artist in residence at Marfa’s Chinati Foundation, has written and directed a special performance that will take place April 10 from 6 to 9 p.m. With an original score by Veit Laurent Kurz and staging by Krista Peters, the live piece shares a title with the exhibition currently on view at the Power Station, a nonprofit art space set in a former power plant. Part of the Nasher Sculpture Center’s 360 Speaker Series, this panel of art-market insiders will look to sports for some answers to issues beguiling the gallery system. Artist William Powhida, entrepreneur Magnus Resch, and gallerist Magda Sawon will discuss the  systems designed to foster fair play between sports franchises and how they might be applied to the art world to create an environment where small and midlevel galleries can flourish alongside their blue-chip counterparts. 9. Cultural Reckoning: An Exploration of Recent Social Movements and Their Impacts on the Art World Beck Imaginarium

This panel discussion on Saturday, April 13, will navigate how artists, galleries, institutions, and collectors are responding to recent critiques over the lack of representation of women and artists of color. Panelists include director of the Dallas Museum of Art Agustín Arteaga, artist Lauren Woods, collector Geoff Green, and Laurie Farrell, a curator at Dallas Contemporary. The event, which is preceded by a reception and is sponsored by Foley Gardere, begins at 4 p.m.