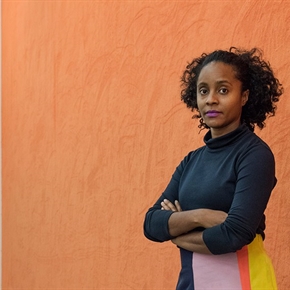 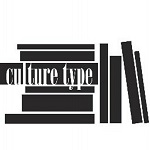 The following review of the past week presents a snapshot of the latest news in African American art and related culture:

British Pavilion at Venice Biennial
Zoé Whitley is curating the British Pavilion at the 2019 Venice Biennial. Glasgow-based artist Cathy Wilkes, “the conjurer of intimate, tender, almost spectral tableaux of mannequins, worn fabric, and peculiar bits of detritus” was selected to represent Great Britain at the international exhibition and Whitley, curator of international art at Tate Modern in London, will organize the presentation. Most recently, Whitley co-curated “Soul of a Nation: Art in the Age of Black Power” at the Tate Modern.

Brooklyn Museum Appointment
Consternation over the Brooklyn Museum’s March 26 hiring of Kristen Windmuller-Luna, a non-black curator of African art, ensues. After a social media backlash and essay writers expressing their dismay, the coalition group Decolonize This Place joined the fray with an open letter. Anne Pasternak, the director of the Brooklyn Museum issued a response to the public objections on April 6. The museum statement enlisted the bonafides of Okwui Enwezor, the internationally recognized curator and museum director who is a former professor of Windmuller-Luna. Pasternak’s response didn’t directly address the concerns of Decolonize, so the group issued a new letterwith 19 organizations calling for the museum to form a Decolonization Commission. Meanwhile, UCLA professor Steven Nelson, expanded upon his comments regarding the flap in an April 13 interview with NPR. Pasternak is giving the commencement address at the Pratt Institute in Brooklyn on May 16.

“You know,” UCLA’s Steven Nelson continues, “they made two hires, and no one seems upset about the fact that they hired a white guy for photography, which in fact is a much more diverse field than African Art.” What people should really be up in arms about, Nelson says, is the fact that “there were eight reasonably high-profile hires in the art world over the last couple of weeks, and that seven of those eight are white people.” (One is Asian-American.) “No one batted an eye about that,” he says. — NPR Code Switch

A Blade of Grass Fellows
Khaliah D. Pitts and Shivon Love formed Our Mothers’ Kitchens to preserve black culture through food. The pair was just selected by A Blade of Grass as 2018 Fellows for Socially Engaged Art. Pitts and Love are hosting four collective dinners honoring Vertamae Smart-Grosvenor, Ntozake Shange, Zora Neale Hurston, and Alice Walker. Their aim is “for people of color to reclaim the stories of their past, adding to the collective narrative of the black woman’s experience through writings, recipes, and meals prepared and shared together.” Project by other fellows in the cohort are creating dialogues between youth and law enforcement in Hartford, Conn.; improving relations between the NYC Department of Probation and its clients; and building a greenhouse, “a sculptural and programmatic artwork,” on the site of Malcolm X’s birth home in Omaha, Neb., among other issues.

2018 Rome Prizes
The American Academy in Rome announced 29 Rome Prize winners on April 12. The highly competitive opportunities are designed to give artists and scholars working in 11 disciplines including visual art, literature, music composition, architecture, and design, the time and space to think and work independently in Rome. Houston-based artist Michael Ray Charles was among the Prize winners and the jurors included artist Gary Simmons.

National Humanities Grants
The National Endowment for the Humanities (NEH) is supporting 199 humanities projects nationwide. On April 9, NEH announced $18.6 million in grants for a traveling exhibition and public programming exploring the role of blacks in American cinema from 1900-1970, a New York Historical Society touring exhibition on Black Citizenship in the Age of Jim Crow, development of undergraduate curriculum at the University of Dayton related to the life and work of Paul Laurence Dunbar, and research for a book on self-taught Louisiana painter Clementine Hunter(1887-1988).

Mike Kelley Foundation Grants
Ten Los Angeles nonprofits received grants from the Mike Kelley Foundation for the Arts, including the Underground Museum (to support videos and performances by Rodney McMillian, $45,000), Craft & Folk Art Museum (to present the first institutional solo show of Oakland-based artist Indira Allegra, $25,000), and the Museum of Latin American Art (to fund an exhibition documenting the history of printmaking in the Americas, $40,000). The foundation seeks to support “work that is lesser-known or has proven difficult to make or fund.”

Tribeca Ball x Mickalene Thomas
On April 9, The New York Academy of Art feted artist Mickalene Thomas at its 25th annual Tribeca Ball. The celebratory fundraiser benefitted the school and a scholarship in the artist’s name. Guests visited more than 100 student studios during cocktails and viewed “Electric Palace,” a one-night only all-female exhibition featuring works by 11 artists, including Thomas and Zanele Muholi. A dinner honoring Thomas followed. In her remarks, Thomas was candid about her standing in the art world as a queer black woman and her desire to serve as a beacon for others, according to Vogue.

“Representation is important. Figurative art is important. You can’t believe in yourself if you can’t see yourself in images. That’s why I make what I make. It’s about me waiting to see myself and claim spaces that have been void for so long. Present images so that when little girls go to museums they can look up and see themselves. I am here. I am Mickalene Thomas.”
— Mickalene Thomas

Canadian Currency
While the United States awaits the appearance of Harriet Tubman on the $20 bill, still apparently slated for 2026, Canada has unveiled new currency honoring a black woman. The $10 bank note featuring Viola Desmond was released last month on International Women’s Day. A Nova Scotian businesswoman, Desmond took a stand against racial segregation in 1946. After refusing to vacate a whites only area of a movie theater, she was arrested, sent to jail, and fined. The new currency will begin circulating in late 2018, marking “the first time that an iconic Canadian woman is portrayed on a regularly circulating Bank of Canada note.” In terms of design, it is also the nation’s first “vertically oriented” bank note. h/t Hyperallergic

‘Native Son’ Feature Film
A key casting decision was recently made for Native Son, the feature film directed by Rashid Johnson. Sanaa Lathan will play Trudy Thomas, the mother of Bigger Thomas, the story’s protagonist, who is being portrayed by Ashton Sanders (Moonlight). The announcement that Johnson, a multidisciplinary visual artist, was making his directorial debut with an adaptation of Richard Wright’s novel came last February. Pulitzer winner Suzan-Lori Parks is the writer on the project.

Chicago Expo Talks
The Chicago Expo art fair is expanding its 2018 public programming, bringing its /Dialogues talks to the Venice Architecture Biennial in May, where Chicago-based artists and architects including Amanda Williams will be in discussion. In September, the fair is collaborating with Art Design Chicago on a series of talks, performances, screenings with Gerald Williams (AfriCOBRA), Torkwase Dyson, and Theaster Gates, among many others.

Norton Museum of Art
When the Norton Museum of Art re-opens in 2019 following an expansion that will significantly increase its gallery spaces, its collection will have grown by more than 100 works. Howard and Judie Ganek have promised to gift their art holdings to the West Palm Beach, Fla., museum, including works by Theaster Gates, Lorna Simpsonand Kara Walker, among others. The Norton Museum of Art also announced the exhibitions that will inaugurate the new building and a Nina Chanel Abney solo show is on the roster.

Baltimore Museum of Art
Trustees at the Baltimore Museum of Art approved nine acquisitions of contemporary art, including works by artists Mark Bradford, Zanele Muholi, John T. Scott, and Jack Whitten. At the same time, the board announced the deaccession of seven works by Andy Warhol (2), Kenneth Noland (2), Jules Olitski, Franz Kline, and Robert Rauschenberg. Christopher Bedford, the museum’s director, said in order to strengthen the collection, the museum “must undergo a continuous process of reviewing its collection and identifying areas for growth and refinement with the goal of building a collection that is more relevant to the community it serves.” CT

BOOKSHELF
Zoé Whitley is the co-editor of the catalog for “Soul of a Nation: Art in the Age of Black Power,” which was organized by the Tate Modern and is currently on view at the Crystal Bridges of American Art. “Mickalene Thomas: Origin of the Universe,” coincided with the artist’s first solo museum exhibition and “Muse: Mickalene Thomas, Photographs” gathers her photography work for the first time.