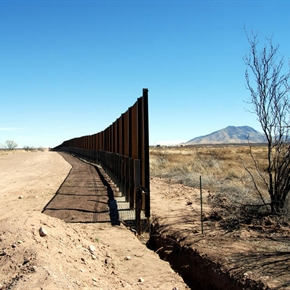 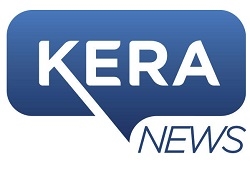 Top Stories: What Are The Troops On The Border Up To; Latest At The Dallas Art Fair - April 12, 2018

The top local stories this evening from KERA News:

Governor Greg Abbott visited the Texas-Mexico border this afternoon and met with Texas National Guard troops. Abbott's committed at least 1,000 troops to the border in response to President Donald Trump's call for an increase in troops to help with immigration enforcement.

Manny Fernandez is the Houston bureau chief for The New York Times. He's been shadowing state National Guard troops in South Texas, and spoke about what he saw with Texas Standard.

Other stories this evening:

The 10th annual Dallas Art Fair opens today for collectors and the curious to see a swarm of contemporary artworks from nearly 100 galleries. Art & Seek’s Jerome Weeks toured the opening and reports it’s the most diverse fair so far.
Almost all of us have tried a diet or two. Maybe you went low-carb or gave up meat or sugar. Barbara Ehrenreich doesn't believe the hype when it comes to fad diets. And today on Think, she talked with guest host Courtney Collins about our obsession with so-called healthy eating.
Dallas’ Office of Cultural Affairs has been working on a new cultural plan. It’ll shape how the city makes decisions about arts projects over the next decade. And on Monday, Mayor Mike Rawlings held a public panel about it. In this week’s Artist Spotlight, Art&Seek’s Hady Mawajdeh fills us in on the plan's progress and highlights some community concerns.