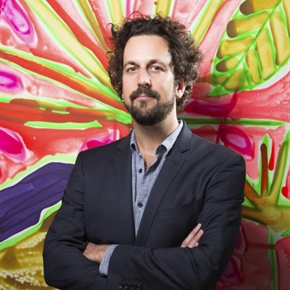 Brandon Kennedy and the New Leadership Behind the Dallas Art Fair - April 10, 2018

The Dallas Art Fair’s tenth year marks a change in leadership, with Brandon Kennedy acting as director of exhibitor relations, alongside fair director Kelly Cornell. Dallas has become a favorite of the U.S. fairs, with some even saying it’s the new Miami. During the month of April, it coincides with engaging events and programming in the city’s arts and design districts, such as the Nasher Prize Gala and MTV RE:DEFINE.

Whitewaller spoke with Kennedy about what to expect from the 2018 edition.

WHITEWALLER: How would you describe the makeup of exhibitors at this year’s fair? Will we see a greater representation of international or local regions?

WW: Who are some of the fair first-timers we should keep an eye out for?

BK: There’s a wealth of new energy from our first-time exhibitors in 2018. A fresh contingent of upstart and edgy talent from New York City’s Lower East Side (Magenta Plains, Lyles & King, Rachel Uffner, TOTAH, and others) will be located upstairs at F.I.G. alongside like-minded returning galleries. Additionally, downstairs, we’ll see heavy-hitters such as Paul Kasmin, James Cohan, Luhring Augustine, and Richard Saltoun. Other notable additions include The Hole, Praz-Delavallade, Half Gallery, Edward Ressle, and Shulamit Nazarian—all set to bring their distinctive programs and appeal to Dallas for the first time.

WW: Where are you seeing opportunities for the fair model to evolve—this year and in the coming years?

BK: Art fairs seem to be at a crucial pivot point. Whether, more generally speaking, it’s the growing number or their ever-ascending frequency, it has become crucial that art fairs and their participating galleries adapt to the shifting demands and desires of the market. In conjunction, it seems essential that they provide both growth and stability as well as a capacity for risk-taking, so as to maintain relevance and excitement.

BK: It’s true, our museums and institutions have benefited tremendously from the generosity of our well-established collectors here in Dallas. In turn, so do the general public, local artists, arts professionals, emerging collectors, and visitors to our city.

With regard to our emerging collector base, we look to create early collaboration and educational programming with both the Dallas Art Fair and our beneficiaries (Dallas Museum of Art, Dallas Contemporary, Nasher Sculpture Center). Much like the growth of the Dallas Art Fair Foundation Acquisition Fund (in both monetary amount and participating members), I’ve witnessed a quickening independence and collecting maturation with our native collecting fairgoers from edition to edition. They thrive on the great relationships we’ve developed with our exhibitors (and their artists), and also depend on the Dallas Art Fair’s delivery each spring as well as its expanding year-round outreach program.

WW: It seems each year we come back to Dallas, a new gallery, private collection space, restaurant, or store concept has opened. What’s new in 2018 that you’d recommend fairgoers check out?

BK: For the tenth edition, in the park lining the fair’s entrance, we will have an installation of sculptures by artists from our participating galleries.

Around the city center, I would recommend checking out Jorge Pardo’s eye-popping tile facade of Commissary downtown, Jean-Michel Othoniel’s gorgeous glass-bead sculptural installation and a large-scale wall work by Kathryn Andrews at the nouveau brasserie Bullion(with several other works by notable artists).

Further afield, there’s the constant shuffle of new sculptural installations at NorthPark Center as well as at The Star in Frisco and Dallas Cowboys’ headquarters and practice facility.