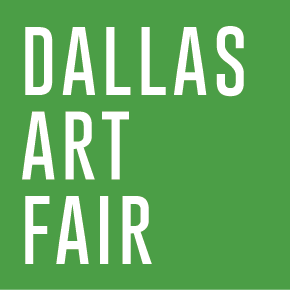 Dallas is becoming the new Miami. This was not only the word on the street, but obviously noticeable by the growing number of top international galleries participating at the fair, a decline in regional commercial galleries, and the ever glamorous events surrounding the Dallas Art Fair.

Out of the 39 international galleries, new additions include powerhouses Gagosian, Lehmann Maupin, Skarstedt, and Simon Lee who have locations in the U.S., Europe, and Asia, as well as tastemakers such as GRIMM Gallery from Amsterdam, mother’s tankstation limited from Dublin, and Kate MacGarry from London. New participants from L.A. included Mier Gallery which is run by the prolific Austrian dealer Nino Mier, Cherry & Martin, and Hannah Hoffman.

The latter is a Dallas native and the scion of the late art collector Robert Hoffman. Now in its ninth year, the fair seems to have outgrown its host location at Fashion Industry Gallery (FIG) and is looking for new premises. Given the amount of high-end galleries participating at the fair and beautiful new buildings such as the architectural gem hosting the Karpidas Collection, Alden Pinnell’s beautifully renovated Power Station, or the new Forty Five Ten on Main, a new fair building would have to be something spectacular. Although Dallas doesn’t lack in money and glamour, there doesn’t seem to be an existing space that could fit its purpose. Something new must be built and it will surely be done by one of the new star architects stirring up the art world. Watch this space!

On the night before the fair opening collectors and gallerists gathered at the opening of the late American artist Steven Parrino at Power Station, followed by an intimate cocktail reception for Katherine Bernhardt at art advisor Robyn Siegel’s restaurant the Green House Market. Bernhardt was somewhat of the star of the week with her big show at the Modern Art Museum of Fort Worth. Another artist star of the Dallas art week was Juergen Teller, German provocateur photographer and husband of the English super star dealer Sadie Coles. After the opening gala of the fair, Teller’s gallery Lehmann Maupin organized a lavish party for the artist together with Forty Five Ten’s Brian Bolke and John Runyon, one of Dallas’ most important art advisors. Teller’s photographs of the creative food creations at the legendary Italian hotel Il Pellicano adorn the walls of Forty Five Ten’s restaurant Mirador.

On Friday morning, local art patrons Kenny Goss and Joyce Goss invited VIP’s to an intimate breakfast celebrating the excellent Billy Childish exhibition at the Goss-Michael Foundation. Both of the English artist’s dealers, Carl Freedman and Lehmann Maupin were participating at the fair. The latter’s participation was motivated by Dallas native Sarah Calodney who knows the Dallas art scene inside out.

Friday evening, the choice was not an easy one with the Bernhardt opening at The Modern a good 45 minutes from Dallas and a three-person show opening at Dallas Contemporary. Whoever managed to do both was lucky, as each show received excellent reviews. Star of the Dallas Contemporary exhibition was certainly Pia Camil, a young Mexican artist who created a monumental installation made of T-shirts acquired at Mexican street markets. Her totemic sculptures and wall works were equally fascinating. (Mexico was certainly present in Dallas. The Dallas Museum of Art put on a blockbuster survey of Mexican art from 1900 to 1950 and the Eye Ball, the grand finale event of the week, was Mexico themed.)

After the opening, Dallas Contemporary held a dinner at Wheelhouse, one of the new go-to restaurants in the city’s ever-growing Design District. The table was set in front of an 18-foot sculpture by Daniel Arsham commissioned by owner Tim Headington. Headington, who made his fortune in oil and real estate, is behind many projects in Dallas, and it is thanks to him that many of the city’s public spaces are so rich in art, like The Joule and Forty Five Ten on Main.

On Saturday morning, those who managed to get up early after a night of partying, were rewarded with access to The Warehouse. With a rather unassuming title, one cannot stop oh-ing and ah-ing once inside the space. The Warehouse contains the collection of Cindy and Howard Rachofsky (which are posthumously promised to the Dallas Museum of Art). As exhibitions are rotating, some works are also on loan from other important collections and institutions. Besides a strong interest in Asian avant-garde and minimalism, particularly Japanese and Korean Dansaekhwa, the Rachofsky’s are also fascinated with sculptural installations and large-scale painting. This year on view are Analia Saban, Damian Ortega, Claudio Parmiggiani, Sanya Kantarovsky, Harold Ancart, Laura Owens, Mark Bradford, and Torey Thornton, just to name a few.

The nocturnal highlight of the week was the annual Eye Ball, held at an empty lot opposite The Joule. This year’s theme was Dìa de Muertos and the décor was out of this world. Performers and waiters wore costumes by Dallas fashion legend Jan Strimple and the party featured a large multi-seat swingset which took the fun to another level. As a colossal skeleton puppet was entertaining the crowd, the musical highlight was a young man with a mane called Yayo who rose from a box on top of the bar for a dramatic eguitar solo.

Where the art market is generally at a low and the political climate is fragile, Dallas seems to be untouched from it all. Interestingly, the fair first started in 2009 at the height of the global recession. While the most important fair in the U.S. used to be Art Basel Miami Beach, galleries have become more interested in discovering smaller fairs with a strong local collector base. San Francisco, Seattle, and Chicago have turned out to be less promising, but Dallas still delivers. Our prediction is that Dallas will soon become a rival to Miami.