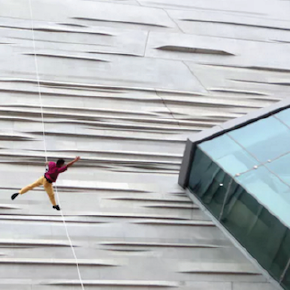 "There is so much going on artistically in Dallas, and we see all types of art being created and experienced in every corner of the city — theater, music, dance, sculpture, literature, painting and more," Rawlings said. "We realized we needed much more than a week to do it all justice. So for the 30 days of April, it's all about the arts."

Jennifer Scripps, who last May became director of the city's Office of Cultural Affairs, said one week was simply not enough.

"What was so sad to hear," she said, "is that people would have really great things going on three days before or five days after [in past years] and just miss it. There are so many venues, it was a very easy sell to say, 'Maybe this ought to be a month.'  I wouldn't say it's the planets aligning, but it's everybody getting their act together to make these things happen this month."

For the "average consumer," Scripps said, ""it helps galvanize your sense of, 'Gosh, I need to get out and be a tourist in my own town.' It helps get it on the family calendar and the family budget, and I don't just mean money. I mean time."

Scripps calls it an embarrassment of riches. She sees some of the highlights as being the TITAS Alvin Ailey performance, the Mexico show at the DMA and the Arts District block party on April 22 that's free.

It all begins April 1, when the Nasher Sculpture Center welcomes its second Nasher Prize for Sculpture winner, Pierre Huyghe of France. That night, TITAS Presents will host the Alvin Ailey American Dance Theater at the Winspear Opera House, while New York writer Fran Lebovitz holds court across the street at the Wyly Theatre for her second night of sharing stories with a Dallas audience.

On April 10, the mayor's free Creative Conversation returns to Dallas City Performance Hall, focusing on art, architecture and "place-making." Free events include a Family Day on April 15 on the Ron Kirk Pedestrian Bridge, as well as three performances on April 22 of BANDALOOP, the pioneer in vertical dance. BANDALOOP will perform on the side of a downtown office tower across the street from the AT&T Performing Arts Center.

And of course, there's the ongoing exhibition of renowned Mexican contemporary art at the Dallas Museum of Art, a show well on its way to breaking attendance records.

Here's a list of some of the other noteworthy events: